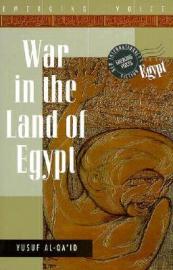 For February we’re reading الحرب في بر مصر، يوسف القعيد‎ / War in the Land of Egypt by Egyptian author Yusuf al-Qa’id, which ranks at #4 on the Arab Writers Union’s list of the best 105 Arabic novels of the 20th century. It was translated by Lorne Kenny and Christopher Tingley.

A brief summary of the book from Goodreads:
“Egypt on the eve of the 1973 October war. A young man has been drafted into the army. His father, the village elder, persuades a poor night-watchman to send his own son as a stand-in. But the impersonation plan goes horribly wrong, with tragicomic results. Qa’id’s tale of the fiasco–steeped in irony and black humor–parodies outrageous corruption and ludicrous bureaucracy. A skillfully crafted mosaic of life in modern Egypt.” 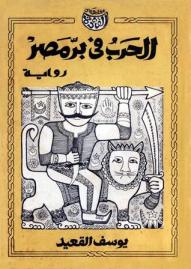 The book was published in 1978 in Lebanon and banned in Egypt until 1985. It was also adapted as a film starring Omar Sharif in 1991: المواطن: مصري (An Egyptian Citizen). For more, here is a review by M. Lynx Qualey in Egypt Independent.

*UPDATE: Thoughts from our discussion after the jump.

Our discussion of War in the Land of Egypt centered around several points and questions: